Located in Turkey’s eastern Black Sea region, Trabzon is the country’s second-largest city. There are more than 800 thousand people residing in an area of 4,664 square kilometers of land. Because of its rainy weather, it has a lot of green forests as well as mountain ranges with numerous rivers and highland areas. Trabzon is connected to other cities by major highways, a large Black Seaport, and an international airport.

Fisheries, football (soccer), and the Sumela Monastery are some of the city’s most notable attractions. In addition to its historical and cultural significance, it is a popular destination for beachgoers and sunbathers. Trabzon’s sights and outdoor adventures deserve special attention from visitors.

There is much more in Trabzon than just historical places. You can enjoy your trip with your friends and family here.
Boztepe
The view from here is absolutely stunning. From this vantage point, you can see the entire city. The sunset is also beautiful. 45 minutes to an hour is the ideal amount of time to spend here.

Make it through the mini bazaar in 15-30 minutes, head to the cliffside café, sit on the second floor where you can take full advantage of the stunning views, and grab a cold or hot beverage!
Zagnos Vadisi
Located in the heart of the city, this park is a wonderful place to relax. There is also a shopping center and a smaller park nearby. To get to the park, you can take the stairs located next to the bridge. Relaxing afternoons and evenings can be enjoyed here.
Hidirnebri Yaylasi
It's a great place to kick back and enjoy a good BBQ with your friends and family. If you're afraid of narrow mountain roads, stay away from the route there. On top of the hill, there are a few rental country homes and a country hotel.

Trabzon is the best place to visit if you love forests, blue skies, and ancient history. I will suggest you visit Trabzon; I bet you won't regret it. 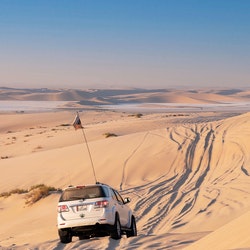 Are you worried about what to do in Trabzon? Don't worry here is a number of festivals that happen in Trabzon. You can enjoy these festivals in Trabzon
International Black Sea festival:
Every year in May, the city hosts the International Black Sea Festival, a theatrical event that draws thousands of visitors. The festival, which is hosted by the Trabzon State Theater, brings together nearly 100 artists from eight countries.
Kadirga Festival:
The Kadirga Festival in Tonya, a city in the province of Trabzon, is a three-day hilltop festival celebrated on the mountaintops. Visit Turkey during July to take part in one of the country's most exciting festivals. 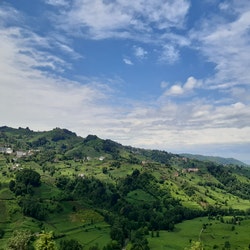 Trabzon, formerly known as Trapezos and Trebizond, was founded by the Milesians in the 7th century BC. Because of its exceptional geographical location, it quickly became an important commercial center. Trabzon reached its height of prosperity during the reign of the Romans, particularly Emperor Hadrian. But the Goths destroyed the buildings that were constructed at the time.

Emperor Justinian rebuilt the city walls in the 6th century. When the Crusaders took Constantinople in the early 13th century, Emperor Andronicus I's two grandsons, David and Alexis, fled and established their empire in Trabzon. The empire then fell into the hands of the Ottomans during the fall of Constantinople in the 15th century. Trabzon has a number of historical sites that you can visit.
Trabzon Castle and Walls
An ancient fortress located in the Trabzon in northeastern Turkey, Trabzon Castle serves as a tourist destination. Located on the edge of the Black Sea, the castle is built on foundations that date back to the Byzantine era and is constructed entirely of hewn stones from ancient structures on the site.

It is divided into three parts: the upper fortress (Yukari Hisar), the middle fortress (Orta Hisar), and the lower fortress (Aşa Hisar). The upper fortress (Yukari Hisar) is the largest of the three. Most of the ramparts still stand and are among the city's oldest structures. The earliest part dates from the first century AD to the Roman Empire. In 1921, stones from the fortress were used to build roads.
Uzungol
Do you love the sky with white clouds and forest landscapes? Then what's better than visiting Uzungol? Located in the Caykara District of Trabzon Province, the Turkish town of Uzungol is a popular tourist destination. Uzungol has been designated as a tourist destination by the Ministry of Culture and Tourism.

Uzungol, which has been described as a "paradise," is like a corner of the sky, with white clouds covering a deep blue sky and a forest landscape that contains many shades of green. The Haldizen Valley is one of the top destinations in Uzungol 2020. Nature walks are accompanied by fragrant mountain flowers and lush greenery. It is a tourist destination with a plethora of attractions that attracts both local and international visitors throughout the year.
Sumela Monastery
Nearby Trabzon lies the Sumela monastery, which is about 60 kilometers away. A trip to the Black Sea coast is a must for anyone interested in history. On the way halfway, you'll drive through the charming village of Macka, which is hosting its weekly market. Sümela Monastery's mystical appearance is a result of the building's construction in the midst of the rocks and its natural setting.

For centuries, it has been one of the world's most renowned holy places. The Sümela Monastery has been influenced by a wide range of civilizations over the ages. It was used for education and royal wedding ceremonies during the reign of the Eastern Roman Emperor. The traces of different cultures can be seen inside as you wander around, especially from an artistic perspective, as you explore the building.
Trabzon Hagia Sofiya:
Like Istanbul's Hagia Sophia, Trabzon has its own Hagia Sophia. Its history is a reflection of Turkey's past. It was originally constructed as a church in the 13th century, then converted to a mosque during the Ottoman Empire. It served as a cholera hospital before being converted to a museum in 1964 and then back to a mosque in 2013.

There are still dozens of paintings to behold at Hagia Sophia in Trabzon, and they alone make the building worthwhile to visit. The building, which is widely regarded as the best-preserved Late Byzantine structure in Turkey, is also free to enter, and there are no queues or crowds to contend with, unlike its grand sister in Istanbul, which is 650 miles away. 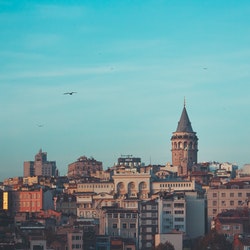 Unfortunately there are no accommodations at this location at the moment.