Aydın, previously called Güzelhisar and Tralles, is a city in Aydın Province in Turkey’s Aegean Region. The city is sited at the core of the lower valley of Büyük Menderes River (old Meander River) at a dominating position for the area spanning from the highlands of the valley down to the seacoast. Aydın city is set along a region that was well-known for its abundance and yield since ancient times.

Traversing the fertile lands on the verges of Buyuk Menderes River, Aydın revels in the nice Mediterranean climate, with summers that are hot and dry and pleasantly warm winters. The soaring mountains create a flourishing atmosphere for the maquis and the forests.

Aydın draws the tourists with its seamlessly beautiful resort towns of Kuşadası and Didim. This year you also can be among the several hundreds of travelers who fall in love with the place.

The Beşparmak Mountains shape a mountain ridge with numerous spurs. While there are stacks of short-walk choices directly around the local hub of Kapıkırı, there are also a few way marked tracks outside Kapıkırı village. If you plan to move further into Beşparmak Mountain, appoint a tour guide for a day walk or join a prearranged trek spanning over days, residing in villages along the way. Guided walks are more exciting for they include picnics and an opportunity to make new friends.

The Pedal Boat:
No one could picture a summer holiday without having excitement and adrenalin rush on water. Water sports in Kuşadası are really amazing. Take an hour out of your time at the beach and discover the sea by yourself, peddling though the calm turquoise waters.

Horse Safari:
Whether you are an amateur or an experienced rider, horse safari is an exciting sport for everyone. If you are among the ones who have not ridden a horse in the sea then you should absolutely try this safari. 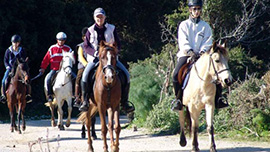 Kuşadası is one of the three greatest harbors in Turkey. You can make your stopover further stirring by combining a journey from Kuşadası to the Greek islands or a diverse course. Check out the things to do in Kuşadası:

Open Air Markets:
The town pulses at its open-air markets in Kuşadası. Every Tuesday, Wednesday and Friday, open-air bazaars are set in large streets. Villages bring fresh picks from their farms to the food markets. Wednesday market is typically based on textile. These markets are a great opportunity to observe the genuine atmosphere and to mingle with the locals.

World of limitless fun, pleasures, exhilaration and lavish greenery is waiting for you. You and your family will relish the kicks and slicks of the heart throbbing adrenaline blast in the most enthralling sun-washed water park ever crafted.

Turkish Bath:
The spirit of Turkish bath is to forget the outer world, let your mind and soul stroll free and just adore the cleansing process. It is precisely one of the must-do experiences in Turkey. Particularly during winter there is really no superior place to warm up your bones and refine your mind and body in hot haze and sprinkles of water.

Aydın is not a lot a touristic marvel in itself, but it is the capital of the province of Aydın, which embraces such vacationer magnets as Kuşadası, and the terrific archeological spots mentioned.

With its ethnic, ancient and natural assets, Aydın allures both to the conventional summer holidaymaker and the action fan. 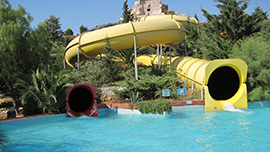 Aydın is a city with its origins tracing back in 7000 BC and is a home to numerous historic civilizations.

The recognized historian of the ancient world, Herodotus pronounces the city as the place settled underneath the most picturesque sky that one could envisage with a most delightful climate. For the famous 17th century Turkish visitor, Velia Celebes, oil drips out of its mountains and honey drips out of its prairies.

In ancient times Aydın was the epicenter of several civilizations such as Miletus, Aphrodisias, Nysa, Didyma, and Priene. The city thrived further more under the Hittites. After the city was administered by the Seljuk Empire, it was presented to the Turkish civilization, and finally becoming a province in 1923 with the announcement of the modern Republic.

Being a core of many civilizations since the ancient times, Aydın is rich in historic and natural treasures.

It is an interesting place to explore for its splendid bays and beaches as well as historic assets. You can discover the many spectacles of this city in any season and at any time of the year.

Museum of Aydın:
The museum in Aydın is an awesome place for history lovers as it exhibits relics from the different eras of the town history. Stone figurines from diverse periods, which arose from old cities of Aydın like Alinda, Magnesia, Tralleis, Nysa, Alabanda, Amyzon, Myus, Harpasa, Orthosia, Pygela and Mastaura, are presently being displayed in the museum's garden. These works comprise of sculptures, abacuses, tombs, columns and altars, Islamic tombstones and signposts. The three sections to the museum organized into separate halls are Coin Section, Archaeology Section and Ethnographic Section.

Menderes Valley:
In Menderes Valley, you can break at Lake Camici, a camping site veiled by olives, pines and oleanders. From there the vacationers can go touring the remnants of the ancient city of Heraklia. Proceeding from here are the remains of Alinda on the inclines of the Besparmak Mountains opposite to the lake. This productive place was once home to many cultures whose leftovers still preserve their splendor.

Aphrodisias Archeological Site and Museum:
For the history fans, Aphrodisias Ruins is a must-visit destination. Aphrodisias was predominantly recognized as a center for the arts, especially sculpture. The remains are several and well conserved. A two-mile long Byzantine wall still encloses the town. The Temple of Aphrodite, ultimately transformed to a Christian cathedral, is remarkably pickled.

The Baths of Hadrian still stand partly. The stadium and the theatre are one of the top conserved sites in the entire eastern Mediterranean. The adjoining museum includes numerous portrait sculptures and stunning statues.

Aphrodisias now is merely at 1.5 hours of drive from Pamukkale. Near and by the road there are many small eateries where you can savor regional dishes cooked exclusively in homemade olive oil.

Karacasu Ethnography Museum, the Temple of Apollo, Aydın Archeological Museum, Gerga, Alinda and Harpasa are few of the many noteworthy historical assets to be explored. 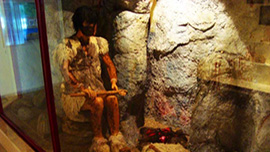